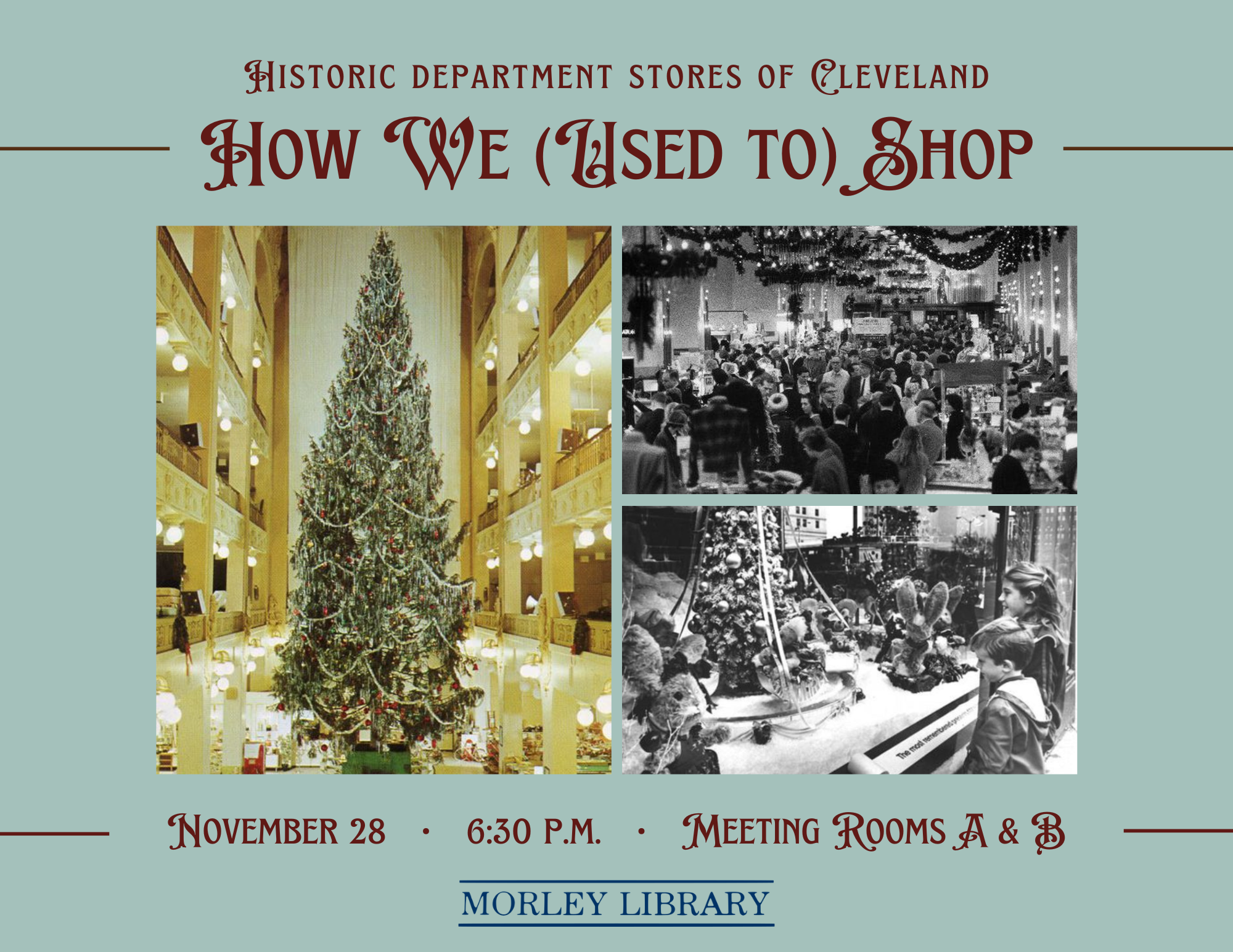 How We (Used to) Shop In-Person

Cleveland has a long and storied retail history.  At the peak of department stores' popularity in the first half of the 20th century, Euclid Avenue from Public Square to Playhouse Square was ranked among the largest retail districts in the United States. It was often compared favorably to New York's Fifth Avenue! These elegant stores drew thousands of people downtown to take advantage of the beautiful and unique merchandise available. During the holidays, the enormous Sterling-Lindner Christmas tree, Halle's and Higbee's elaborate display windows, and the lights in Public Square brought familes, many via streetcar, to Euclid Avenue dressed in their Sunday best. Come join us for a stroll down memory lane through one of the most fashionable shopping areas in the country.