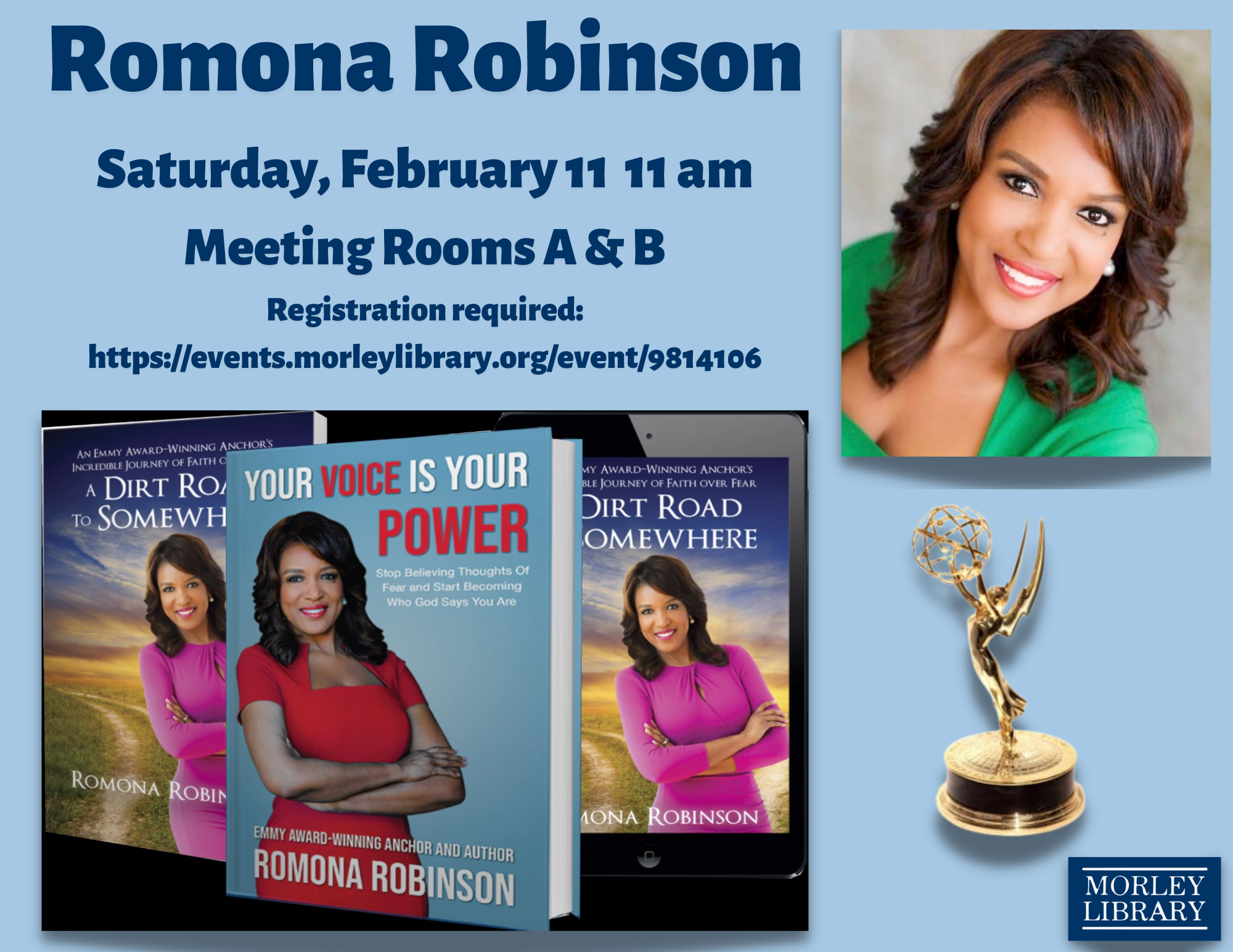 Romona Robinson is an eight-time Emmy Award-winning journalist, philanthropist and entrepreneur with 30 years of public speaking experience. She is a national award-winning author of A Dirt Road to Somewhere and now Your Voice is Your Power. She is founder of Romona’s Kids, an Emmy nominated television program-turned-institution in Cleveland she started in 1990 to empower and encourage youth to find their path. Romona is a television trailblazer becoming the first black female to anchor an evening broadcast in Cleveland. She was also the first woman to solo anchor an evening newscast in the city. She is one of the most well-respected and admired journalists in Northeast Ohio, having earned the trust of viewers for her integrity and unbiased reporting. As a journalist, Romona has traveled the country, covering presidents and world leaders, including Nelson Mandela and the late Ronald Reagan. In 2011, she garnered a rare, exclusive interview with President Barack Obama. Along with her colleagues at station WOIO-TV 19, where she served as primary anchor, Romona won the coveted Edward R. Murrow Award in 2014. She was inducted into the Press Club of Cleveland’s Journalism Hall of Fame in 2016 and had the honor of receiving the Alpha Woman Award in 2017, which is given to women who exemplify strength in their field and use it to empower other women. For 21 years, Romona served as the honorary chair of the Komen Race for the Cure, helping to bring awareness and hope to countless breast cancer survivors. Romona’s tireless work with children and her dedication to diversity issues have earned her such prestigious awards as the YWCA’s Women of Achievement Award and The Diversity in Media Award. Romona is also recognized for her powerful, dynamic messages as a motivational speaker. Romona earned a Bachelor of Science degree in broadcast journalism from Lincoln University in Jefferson City, Missouri. Now, Romona is frequently called upon to speak to women and children who need empowering messages of faith, hope, determination, and perseverance. She has blanketed the state of Ohio and other parts of the nation, attending events from corporate affairs to meetings of various women’s organizations. She firmly believes we all have something to offer to the world— we just have to allow God to lead us.

This program is part of our Winter Reading Program (WRP).

Registration is required for this event.